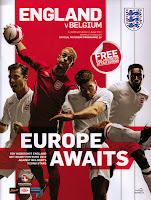 Three months have passed since Fabio’s departure and Stuart Pearce’s night in the hot seat in the Wembley defeat against Holland. The FA took their time, resisted the overtures of the English press and a significant level of public support for another candidate, and decided that Roy Hodgson was the man to take England to the Euros and the 2014 World Cup beyond.

The appointment was initially greeted in a fairly lukewarm manner probably in the wake of the expectation that Harry Redknapp was a shoe-in for the job. People accepted that he was a good manager, but not a great one, and following his ill-fated time at Liverpool there was a doubt that he had the ability to motivate players at the highest level. He was a nice guy, but nice guys win nowt. 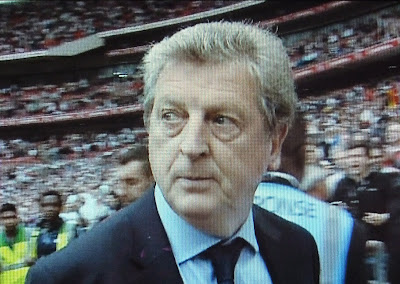 The Sun then entered the frame; with one of their infamous front pages they parodied Hodgson’s inability to pronounce his “r”s with a headline reading “Bwing on the Euwos”. Response from the public at large was disgust and in an instant Hodgson had the nation and much of the press behind him.

Hodgson’s first game against Norway brought England’s first victory in Oslo since Sir Alf in 1965 and it became clear that his intention was that England would be hard to beat first and foremost. His first home game brought a talented Belgium side to Wembley and the result and display confirmed the initial thoughts that this ain’t going to be pretty.

Injuries have already blighted the Euro campaign with midfielders Gareth Barry and Frank Lampard falling by the wayside and, with the benefit of writing this a day after the event, Gary Cahill’s freak injury following a shove by Belgium’s Dries Mertens that propelled him into a collision with Joe Hart resulting in a double fracture of the jaw means that the defender also misses the plane to Krakow.

If Roy has one distinct advantage going into this competition it is that of low expectation. In tournaments gone by the flags have been on the cars and out of the windows, on this occasion what flags are to be seen are in celebration of the Queen’s Jubilee.

One of the surprise choices in the Euro squad, Alex Oxlade-Chamberlain was given a start whilst Andy Carroll who might have done enough to convince Hodgson in Norway was rested in favour of Danny Welbeck.

The Belgians, who missed out in Euro qualifying, came to Wembley with a burgeoning reputation heightened by the appearance of Chelsea’s new £30-odd million capture, Eden Hazard. For much of the game Belgium enjoyed superiority in terms of possession with England content to allow their visitors to retain the ball forty yards from their goal but looking to use the pace of Welbeck and Ashley Young on the break.

Such was the case on 14 minutes when Welbeck set up Oxlade-Chamberlain with a chance that was wastefully blazed over the bar and he similarly pulled another opportunity wide following good work from James Milner. But the Arsenal starlet will enjoy a much greater degree of patience from supporters for his fearless running at defenders rather than Stuart Downing’s less eye-catching style.

On 36 minutes, against the run of play, England took the lead with a masterful finish from Welbeck. Sent through on goal by an exquisite Young pass, Welbeck executed a perfect chip over the onrushing Simon Mignolet and into the net. The half continued in the same vein with Belgium retaining possession of the ball, with Hazard central to almost everything, but not looking remotely likely to worry Hart any time soon. 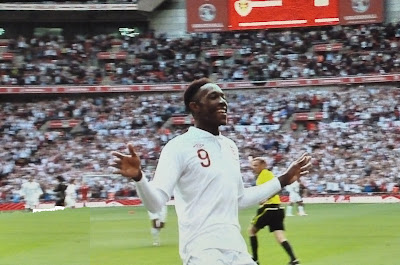 Early in the second half, Welbeck was rested to the bench to allow Wayne Rooney to stretch his legs, Jermain Defoe was a lively introduction for Young and Theo Walcott replaced his Arsenal teammate Oxlade-Chamberlain. With the Belgians also making changes, the game opened up slightly with Defoe hitting a post and full back Guillaume Gillet doing similarly for the Belgians.

So Roy goes to the Ukraine on the back of two single goal victories without a great deal of style, but if we were to win six games at the tournament in the same fashion we would be European Champions, and if Chelsea can park the bus at club level to attain that title, why not England. That is highly unlikely to happen and to improve their chances England must exercise much better retention of the ball, far too often against Belgium after patiently allowing the opposition the ball for long periods, once they regained it, they promptly gave it away again. There is, of course, the problem that the first two games have to be negotiated without Rooney. Carroll did his cause no harm in Norway and Welbeck staked his claim in this game, whilst Defoe also gave Hodgson a timely reminder that on his day he can be sharp as a tack.

Hodgson takes his Three Lions to the Euros with not so much the hopes, but with the best wishes of the nation. In our dreams, in a month’s time, the Sun will be running the headline with no parody; Roy’s only gone and won it!

For my own records last season's figures end up as:
Lifetime matches total: 2,202
Number of grounds: 249

Posted by baldangel at 23:48 No comments: