Like most things in life certain tasks can be difficult in the first instance but once you’ve had a couple of attempts they become child’s play. So it is with Gillingham, winning away is now too damn easy! It was the London Bus analogy, nothing for 18 months and two wins in four days, this time victory over old boss Mark Stimson’s Barnet, in front of an away following that amounted to 1,206 in a crowd of just 2,519.

Stimson, magnanimous in defeat, called the support a fantastic fanbase and remarked that he was surprised at the lack of abuse that he took; he obviously suffers from selective hearing as some of it was pretty tasteless from where I was standing.

Another long-standing record came to an end as Gillingham came from behind to win an away match for the first time since January 2009 when they triumphed 3-1 at Port Vale after being a goal down at the break. On this occasion they ended the first half a goal down, but two quality strikes from on-loan Posh pair Chris Whelpdale and Charlie Lee turned the game on its head.

If the mass following where speaking the same language as myself they were eulogising over the difference these two have made to Gillingham in the last fortnight. Whelpdale looked the part in the defeat against Crewe but Lee, forced into a central defensive position following the sending-off of Callum Davies, didn’t make an immediate impression. But the two games following and in his rightful position, what a good player he looks and his goal, that turned out to be the winner, was quite sublime.

In an even first half that saw chances for both sides, it was a goal from the veteran Kevin Gallen that earned the Bees a half time lead. On the half-hour Kevin Maher was robbed in midfield by a robust challenge from Gallen that left the midfielder claiming a foul, the striker strode on and his pass found Mark Marshall. The winger’s shot was parried by Alan Julian but the rebound was bundled home by Gallen who had continued his run. With both goalkeeper and scorer on the floor the ball seemed to strike knees, arms and shoulders of both or either player before trickling over the goal line.

It was such a scruffy goal in stark contrast to a beautiful flowing move ten minutes earlier from the visitors that involved Lee, Whelpdale and Akinfenwa and culminated with Lee shooting into the side netting. As the net rippled all the Gillingham support along the length of the pitch celebrated the goal that never was, which was a shame because it would have been a classic.

Gillingham scored twice in five minutes around the hour mark slightly against the run of play. Marshall and former Gillingham triallist Jordan Parkes brought a good saves out of Julian before Akinfenwa, leading the line exceptionally well, laid off a pass to Whelpdale who smashed home a shot from the edge of the box. This time it was the Gillingham following behind the goal that were optically deceived as they were slow to react as the ball came back out of the net as quickly as it went in.

Within five minutes Gillingham were in front. Charlie Lee ran at the Barnet defence from inside his own half, as they backed off his low shot from the edge of the box found the bottom corner. This time nobody was fooled and the celebrations began.

Barnet pressed for an equaliser but it was Gillingham that came closest in the later stages. Cody McDonald, who had no luck on the night, forcing a decent save out of Jake Cole.

Two in a row, victory over Stimmo, but it was the size of the Gillingham support that turned this visit to Underhill into a virtual home match that will be the abiding memory. 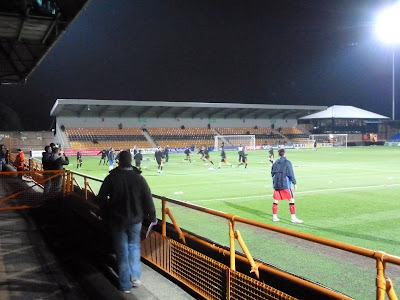 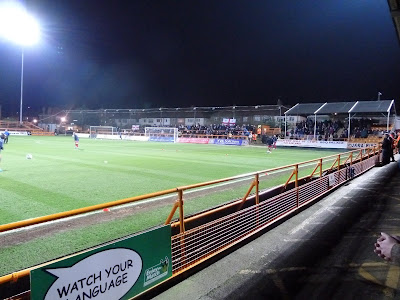