My first trip of the season to Chatham’s Bauvill Stadium and also my first look at the transformation made whilst going to a 4G pitch and, you have to say it is pretty impressive.

The old turnstiles, a welcome nod to a bygone age, remain but once through, your eyes are immediately drawn to the bar area which has been completely revamped merging two rooms into one with large picture windows facing out to the pitch. Inside the bar is bright with screens dotted around so that lunchtime football can be watched while helping the club’s coffers with a few beers.

The old stand remains, but with rumours that it will be no more come next summer. The 4G surface has been pushed as far across from the main stand as possible leaving a very wide, newly laid tarmac walkaway. This has left the stand sitting rather a long way back but, as I was informed, the pitch has been lowered significantly so the sightlines haven’t been greatly diminished.

To finish the job, new perimeter fencing has been added.

On the pitch the Southern Counties East favourites will be under new management following the shock resignation of manager James Collins and on this form they will need to improve to justify their championship credentials as lowly Punjab United pushed them all the way and deserved something out of the game come the final whistle.

There was nothing to suggest that Chatham were going to be stretched in the early stages as they took a 4th minute lead when Pat Geddes headed home a corner. The visiting goalkeeper, Lee Kidman made good saves to deny Reece Butler, Geddes and Matt Bodkin. Paul Vines rounded the keeper, but a Punjab defender got back to retrieve the situation and Kidman saved well again to thwart Jack Evans.

So it was some surprise when Punjab levelled the score after 24 minutes when a free taken by William Johnson-Cole rebounded from the wall to the taker who drove a shot home into the bottom corner.

Chatham retook the lead with a 32nd minute penalty from Evans that Kidman couldn’t prevent despite getting both hands to the shot.

In the second half I saw my first-ever sin bin as Chatham’s Leon Smith sat out 10 minutes for a second yellow but returned in injury time to bolster the defence as Punjab mounted a grandstand finish that didn’t quite produce the goal that their performance deserved.

So the times they are a’changing at Maidstone Road but can the same progress on the field as they have off it? 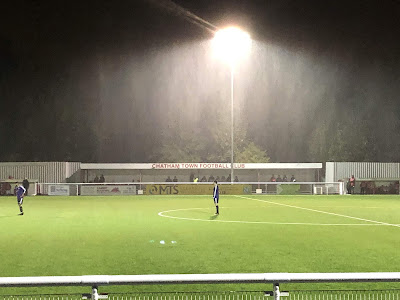 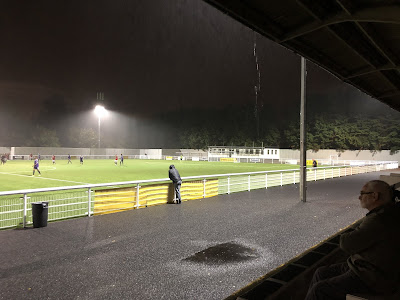 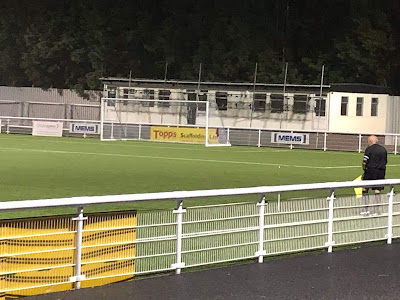 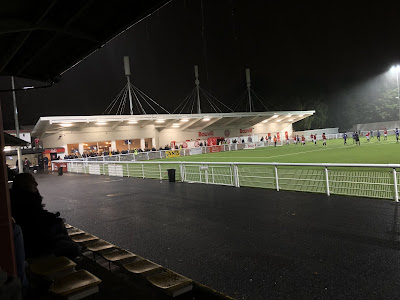