Football has the marvellous ability to rise above the shit that surrounds it and after a week of heartache there was a glimpse of light at the end of a very black tunnel.

Tonbridge’s pitch problems have been widely reported and there would not have been a single person among their supporters that had not put two and two together and realised that a club that had virtually no income from home matches would be struggling to make ends meet.

A frank statement from the chairman, Dave Netherstreet had spelt out the perilous position the club faced and a plea for help to its owners as a community club and supporters had been made, and thankfully had brought some instant results in terms of cash both received and pledged.

It was almost ironic that the following game would be a trip to Dulwich Hamlet, a club that has had to pass around the bucket themselves on previous occasions.

The elements also served up their own reminder as Storm Jorge produced a howling gale, squally showers, a bit of hale topped off with a glimpse of sunshine.

In National League South terms an absolutely massive crowd had assembled with the Dulwich hipsters a vision of perpetual motion as they wandered to and fro the bars, their hands full of craft beer and expensive, a la carte burgers.

Nobody could dress the game up as a classic, the elements did not allow that, but Tonbridge supporters were sent home with an 86th minute winner when Joe Turner buried a shot into the bottom corner. Tonbridge fans greeted the goal and final whistle with delirium whilst the Dulwich hipsters barely shrugged a shoulder and went back to the bar for another round, so everybody went home happy!

It was a brief moment of happiness, no doubt a pitch inspection on Tuesday will signal yet another postponement and reality will kick in once more. But, on the pitch, with virtually every game being played away from home, Steve McKimm has moulded a side that is resilient and is putting enough points on the table to put National League safety not too far away. 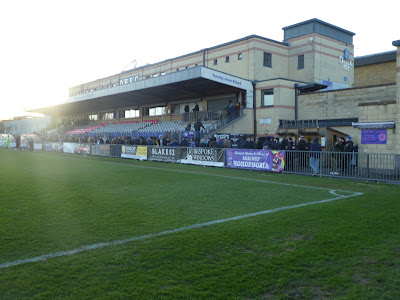 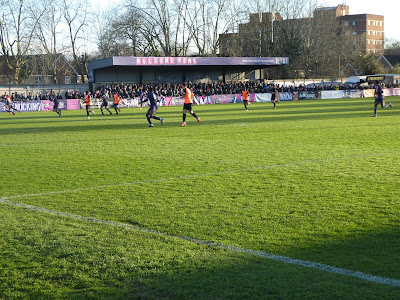 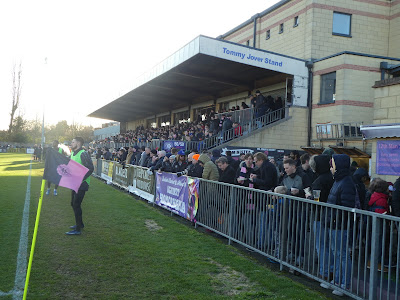 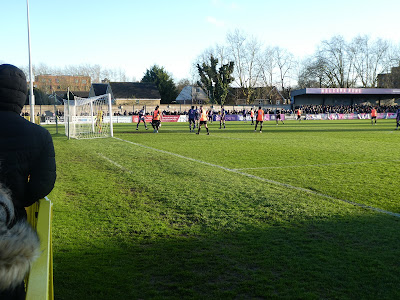